Chris Count – What We Gonna Do (Boom Chack Mix)
Highlighted track for Release Yourself a Roger Sanchez mix compilation of the hottest tracks that have been working for him on the dance floors! Here’s an exclusive from the soon to be released 13th edition!
Release Date: July 15, 2013 (Beatport Exclusive)
iTunes & all other store: July 30, 2013

Cant wait for the record we will be picking up a copy as well.

Find out more about Roger Sanchez at his website http://www.rogersanchez.com 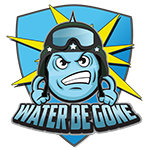